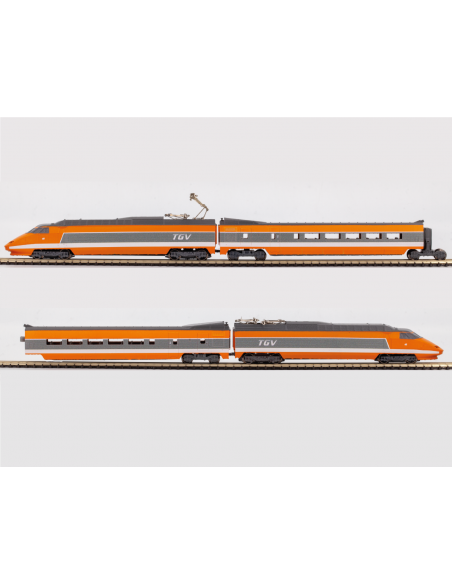 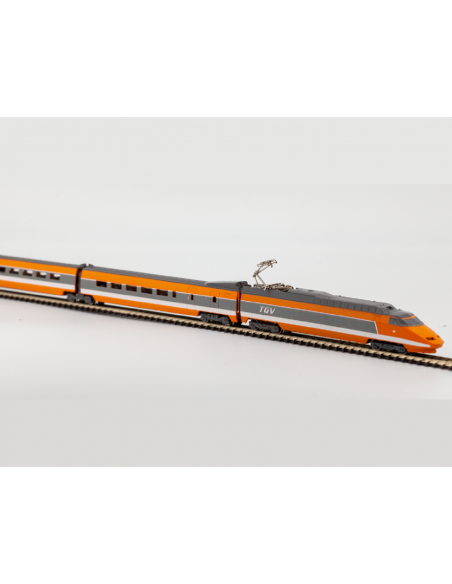 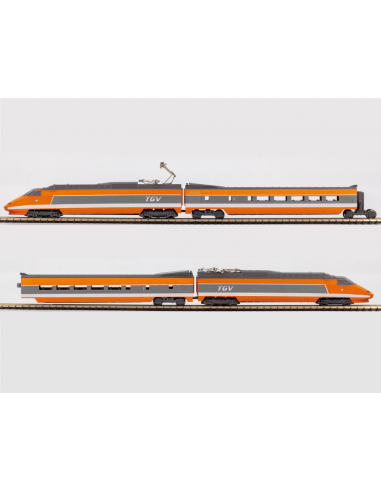 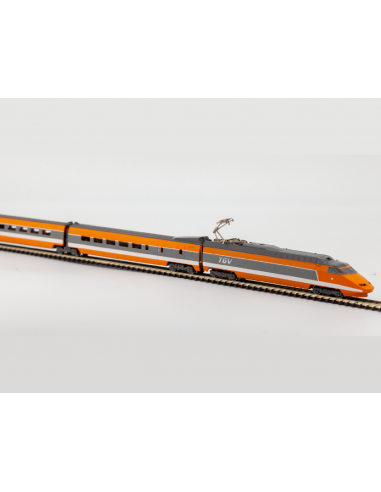 Additional TGV cars set (ref. T01-OR1V) is available to complete the train up to 8 cars like the real one.

109 examples of the TGV PSE were delivered to the SNCF from 1980 for opening of the first French high-speed line between Paris and Lyon (LGV Sud-Est).

The original orange livery is due to designer Jacques Cooper. It will last until the standardization of TGV liveries at the end of the 1990s with the TGV Atlantique, which will then be repainted in grey/atlantic blue livery.

A three-current version of the TGV PSE made it possible to serve Switzerland.

The first trains will be in operation from the opening of the line in 1980 until the first withdrawing in 2012. Some trains that have undergone a recent renovation are still in service and should be withdrawn definitively in 2023.

No reviews
Tap to zoom